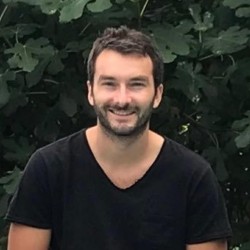 This is the freely accessible  version of The Bearer Newsletter sent on Wednesday 16th, 2020. If you want to receive it in your inbox, please subscribe below.

Happy half-September! This month, it's a dose of great API news that we're bringing you with a revamped newsletter—now more focused on the API ecosystem. We hope that you like it.

What we've been reading...

Postwoman is now Hoppscotch
After starting as an alternative to Postman, Postwoman has changed names to Hoppscotch to stand on its own as "a free, fast and beautiful API request builder". (We also included it in our recent roundup of API debugging tools)

Issue #14 of Increment is about APIs
Increment, the monthly magazine from Stripe, made APIs the focus of their latest issue. Go check it out if you haven't yet. It's a gold mine.

Dear Google Cloud: Your Deprecation Policy is Killing You
Steve Yegge, a former ex-Amazon and ex-Google, shoot out to Google Cloud about something all API maintainer is familiar with: deprecation policy. And according to Steve, Google Cloud isn't doing it right.

What's new on the Bearer Blog

Recently we've featured articles on Manipulating API Data with Javascript, and a companion piece on how to achieve similar results with Python.
Did you know that Bearer now ships with nearly a dozen built-in rules for anomaly detection? We put together a roundup of some of our favorites and the problems they solve.

Tip of the Month

Have you ever tried in Bearer to create a shareable link of one of your API logs? From any log, click the "Copy sharing link" button in the top right. The link will automatically be copied to your clipboard.

The recipient doesn't even need a Bearer account. So some of our users use this feature to report a bug to API providers. Neat.

It was good momentum for Twitter to use that new version and improve their relationship with developers - which fall down since the API "lockdown" in 2012. We gave it a try and—spoiler alert—we expected more from Twitter. Read on.

That's all for this month! We hope that you liked this new format, and would love it if you shared the newsletter with your colleagues and friends. If you want to share a link, or make a suggestion, feel free to tag us on Twitter (@BearerSH).

—The team at Bearer